2011 is scratching at our windows and I've been reflecting on what GreyZelda Land should become. Any suggestions, dear readers? What would you like to see?
Posted by RebeccaZ at 9:56 AM No comments:

She put the Grey in GreyZelda.

Siwitch in the Shadowland
Posted by RebeccaZ at 10:07 AM No comments:

GreyZelda has Left the Building

A week ago today, I proposed to GreyZelda's company members that we dissolve the company and they accepted it as a good idea. An implosion prompted it but the decision was, honestly, two years in the works. I had to get both brain and heart behind the idea before calling it a day and, for those wondering how I'm doing, I'm feeling pretty good.

Fact: We had $2000.00 in the bank. To produce the March show, I wanted, at least, $5000.00. I don't think, with the manpower we had, that we could've achieved that goal. Nicolle had submitted the Driehaus information and maybe that would've come through, but I wasn't willing to continue based on a gamble. We've never run business on a credit card. We worked with what we had. Chris and I, before 2007, used to supplement the budgets with our own money. Now that Clara's in the world, I'm not working, and the fact that it still seems like we're living paycheck to paycheck, there's no way we could do that anymore and, frankly, we didn't want to.

Fact: Nicolle resigned when I told her I thought it was a conflict of interest that she went to see Seven Snakes after a recent episode with Bob where he didn't return our property when asked. I thought it was inappropriate for our Managing Director to be giving him money and showing her physical support for a production using stolen property from GreyZelda. She didn't like that. When she resigned, I thought, "Eh. To hell with it, I'm sick of driving this puppy forward."

Fact: There's a plethora of storefront theatre companies in Chicago. We're oversaturated. GreyZelda won't be missed for long, if at all.

Fact: I formed the company with Chris. We founded it with anger, chaos, spit, aggression, inspiration, energy, and an overall "We're gonna kick your ass, possibly literally if you piss us off enough" type of attitude. That's not sustainable and Chris and I have changed as people. Earlier this year, Chris decided that he no longer wanted to be a decision maker with the company because he's been more focused on being Clara's Dad, being a band member, and working full time. The decision took a lot of wind out of my sails because GreyZelda was, and will always be, our baby. I don't resent that he made that decision and was glad that he was honest with himself. I just wasn't ready to be honest with MYself. We attempted to ask others to step up and I now consider that short time (eight months) as an ineffective epilogue of playing house and platitudes. A couple things were accomplished but I was still heading up everything which is not what we had wanted when we asked for help. So, do I consider it all rather pointless? Yes. It was a waste of time, friendship, hopes, and commitments.

I'm proud of what GreyZelda and its collaborators accomplished between 2004-2008. I'm happy that I've been able to meet so many incredible people. I'm excited about what's next. I wish I could have had enough clear sight to end it when it should have ended. People meant well, but good intentions aren't actions.

I know this is a negative post. It didn't end with butterflies and double rainbows. It ended with karmic appropriateness and didn't go sweetly into that good night, so the poetic justice speaks volumes. That's alright with me.
Posted by RebeccaZ at 8:42 AM No comments:

Well, our managing director and board heads are currently on vacation, so when they come back, we will congregate, talk about how the Ubergarden went, and set plans for the next step towards the 2011 season.

The Ubergarden went extremely well and was an overall blast. We raised over $1000, everyone got right drunk, and the online world was given a little taste of what GZ has to offer. Karaoke was sung, the fire outside burned, stories were told, people dressed up and looked super fly, playwrights were introduced, the devil called a few times ... I don't know of a better evening, frankly, and, if one exists, don't tell me about it because ... I. Don't. WANT. To. Know.

Auditions for the 2011 season are going to be sometime in November. The date will be determined at our next meeting. If you're interested in auditioning, please feel free to email your headshot/resume to greyzeldatheatre@yahoo.com and we'll give you a call to come in and read for us. If we haven't seen you before, we'll also ask you to perform a 2 minute monologue.

We're going to send out subscription information soon and get ourselves a snazzy Sarah Stec made flyer. Flyers can be silly, but ... Sarah does a knock up job and they always look like a hundred bucks, imho.

Then, you know ... we'll start rehearsals, keep on fundraising, maybe throw another Ubergarden, who knows? Meeting's comin' up!

If you're interested in helping out on a production in some capacity (stage managing, assistant directing, box office, light board, design, etc, etc), please feel free to contact us: greyzeldatheatre@yahoo.com I'm always looking for an excellent assistant director, so ... let me know, my friends, if you'd like to collaborate with us somehow. We're game.

In the meantime, feel free to head on over to Gene's youtube page where you can watch Dave Lykins and the Crimebusters at the Ubergarden. He's uploading lots of footage from the evening, so keep checking back in.

Talk to you cats soon. Hope you're all doin' well.

RZ
Posted by RebeccaZ at 3:21 PM No comments:

Went to see The Lion King last night with my sis. Here's my review.
Posted by RebeccaZ at 10:13 AM No comments:

Welcome to the Ubergarden! We're going to kick off festivities at 5 pm CST today so please join us below. Periodically, we'll have other folks from around the nation join in, so we'll share their links on the ustream channel or you can find their streams directly under ours. Feel free to hang out here for announcements, follow @greyzelda or @rzcrow on twitter, or like GreyZelda on facebook.

Nice to see you! Make sure you join us in the chat window.

Here's our live Ubergarden Stream (If you're unable to click play here, please head on over to our ustream site:

Old Mr. Scratch (Click here to be redirected to the ustream site.)

Click here around 8:30 to chat with one of our upcoming season's playwrights:

You can chat with this amiable chap right here:

To donate to GreyZelda, please visit our paypal site or email us at greyzeldatheatre@yahoo.com for further information:

Donor Levels
Donor Gifts
Tonight's Line Up
Posted by RebeccaZ at 8:26 AM No comments:

The big night is about ready to pound through our virtual doors. I thought I'd sit down in the eye of the hurricane to (briefly) reflect on what's been and what will be. I don't have much time to sit down and write this morning because I have a house to clean, food/drink to buy, hair to be cut, eyebrows to be waxed, gels to pick up, songs to sing, and final Ubergarden Central preparations to make. It's a busy day. Throw a 2 year old into the mix and blend. Plus! I have a couple of blog posts to work on once I get a few things from folks.

The idea for this fundraiser came courtesy of Amanda Palmer, who throws lots of Parties on the Internet. I like to throw parties. I've met a lot of friends on the internet who I'd like to revel with. The math added up. I also love being able to share what we do with those who are not in Chicago's borders. If we could take GreyZelda on the road, babies, I'd love it. We'd bring it!

Like all creative undertakings, we put a whole bunch of stuff into a murky pond and waited to see what rose to the top to claim its inclusion during the party. I like my acts to remind me of Grendel, see? I think the line up that you'll witness on Saturday is pretty incredible.

We've had our ups. We've had our downs. Still working through a couple of *surprising to me* downs, but it should all come together by tomorrow. This process has been very organic, yet planned as much as such a thing can be. The night will depend on who's tuning in, who's at the party, how much booze we've consumed, etc, etc, etc. It's a mad, joyous Beast.

I hope you can join us.
Posted by RebeccaZ at 8:38 AM No comments:

What You Can Expect

You can watch the livestream here or you can head over directly to the ustream site where you'll be able to participate in the live chat. I'll also embed a link so you can see the live chat.

So, keep a window open with the stream going.

There's gonna be lots o' action and discussion on twitter during the night. If you're on there, search for our #ubergarden hashtag and follow @greyzelda or @rzcrow.

I suggest grabbing a drink of your choice and making yourself comfortable. We'll have drinking games and I'm sure most of us will raise a drink in your honor if you let us know you're watching.

As you know, we're raising money for our 2011 season. Our members will periodically tell everyone about the donation levels, donor gifts, how GreyZelda will incorporate you donation, etc. We're a 501c3 nonprofit theatre company and your contributions help us deliver the type of theatre you've come to expect out of our company. We can't do it without, my friends.

You'll see our partygoers sing songs both with guitar accompaniment and karaoke, perform scenes, tell stories, and generally have a great time. We'd love to hear your commentary and talk with you, as well, so please communicate with us through ustream or twitter. You can also email us at greyzeldatheatre@yahoo.com or leave comments on the blog.

Looking forward to seeing you on Satuday!

To donate to GreyZelda, please visit our paypal site or email us at greyzeldatheatre@yahoo.com for further information:

Posted by RebeccaZ at 2:44 PM No comments:

This blog chronicles the history of The GreyZelda Theatre Group, NFP, now dissolved, and is primarily run by Rebecca Zellar. Currently in a state of transition as I figure out what it should become.

Thank you for reading! 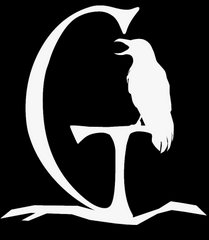